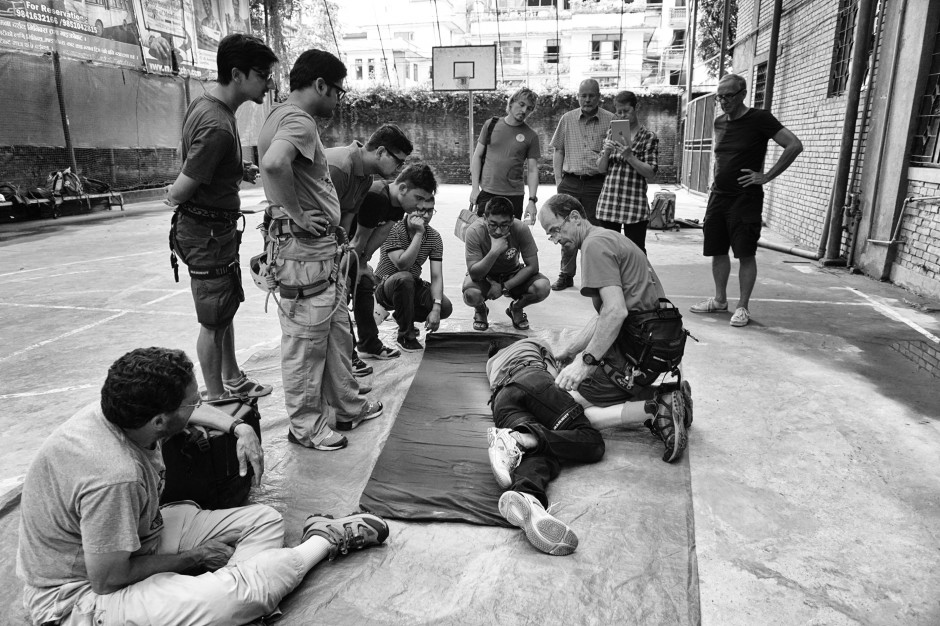 The past two years have been nothing short of tragic for Nepal’s mountaineering industry. Three disasters between April 2014 and May 2015 killed close to 100 Sherpas and climbers, not to mention the almost 10,000 Nepalese who lost their lives in the deadly earthquake. The need to establish a homegrown and efficient mountain emergency medicine rescue chain in the Himalayas is painfully clear.
For three years now, EURAC’s Institute of Mountain Emergency Medicine, South Tyrol Mountain Rescue, the Autonomous Province of Bolzano/Bozen and the Himalayan Rescue Association have been building up the skills of Nepalese rescuers and medical doctors. In the third and final training, held for two weeks this summer in Kathmandu, 17 Nepalese doctors and Sherpas were instructed on how to become teachers and trainers themselves. Hermann Brugger, Head of the EURAC Institute (on the right in the photo) feels “confident” that the Nepalese will soon have their own rescue service. “The Nepalese are champions of improvisation,” says Brugger. “After the earthquake, they had little government to help them, but they organised many non-government initiatives that worked together very efficiently.” 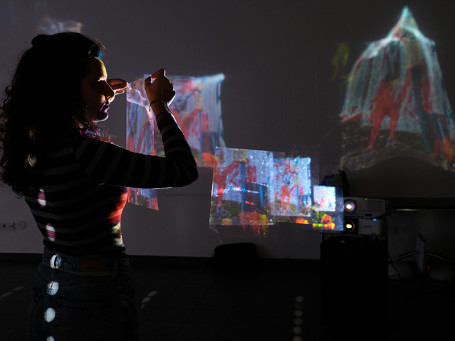 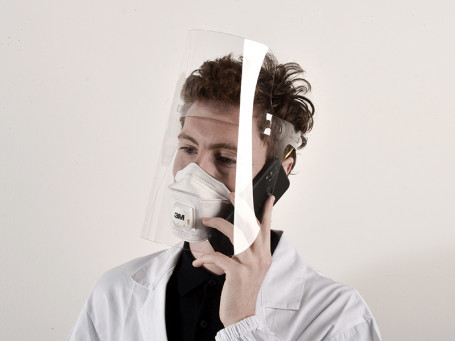 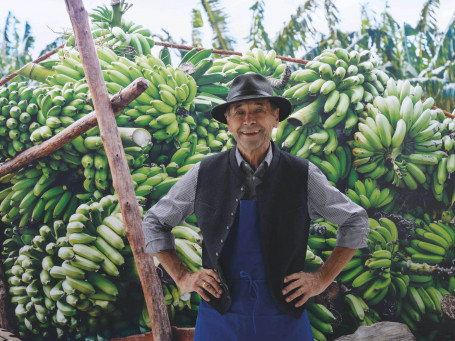 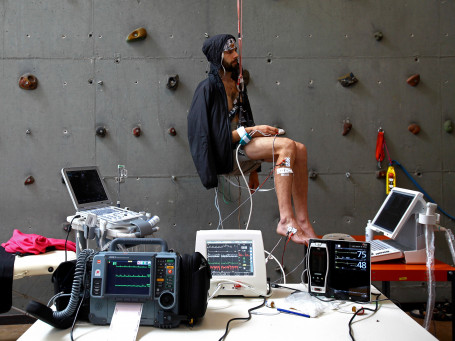