Celebrating a year of the Autonomy Experience. An interview with Center Director, Marc Röggla.

The Center for Autonomy Experience began operations a year ago. Its goals are straightforward: provide competent support to the international delegations interested in learning about the province's unique autonomy model and to build up a network. The center’s launch coincided just in time with the Pandemic resulting in the cancellation of the delegation visits proposed until now. However in the face of adversity, ingenuity thrives and it didn’t take long until center head Marc Röggla, moved the "experience" into the digital realm with CAE podcasts, e-learning, web and social campaigns.

Mr. Röggla, are you tech-savvy?

Marc Röggla: As a lawyer, you're kidding. We still pore over books in law school. Programming language is not really our thing. But even I've gotten rid of my technology aversion a bit in the last 12 months - as many of us have to stay connected to the world out there, despite the Pandemic. I studied e-learning programmes and designed two courses on South Tyrolean autonomy with my research colleagues - one in English for an international audience, one for students from the third middle school on (in German and Italian, note from the editors), dug deeper into the social media arena, produced a podcast on the “Option” – a harrowing period in our history whereby under the 1939 South Tyrol Option Agreement, Hitler and Mussolini determined the status of the German and Ladin ethnic groups living in the region, constraining them to either become Italian or move to Germany to maintain their cultural heritage – both options were highly fraught as you can imagine. And lo and behold, we succeeded in creating practical relevance in the digital world. Although my credo continues to be that we learn best through personal impressions.

What can an e-learning course do that books can't?

Röggla: For us producers, it offers the wonderful opportunity to continuously adapt and update content. A textbook is rigid, has text and images, an e-learning course offers infinitely more: I can enrich it with audio and video files, link to other content, develop learning material through methods such as animated graphics or quizzes. For the user, learning becomes a multi-sensory experience – they’re in the middle of the action, even if they’re sitting at home. The know-how of my research colleagues has been incorporated into both courses. That was also a completely new form of cooperation, and we learned a lot from it.

My credo continues to be that we learn best through personal impressions.

Röggla: That content is only one thing, but presentation, depending on the target audience, is something else entirely. Especially with the course for young audiences, we didn't always find it easy. Fortunately, some of our colleagues have children in this age group. They tested the formats and presentations for us, we also asked teachers to look at it. Even now, we're happy to receive any feedback, and we definitely incorporate it. It's a constant work-in-progress.

When it comes to digital learning, Europe still has some catching up to do - as Pandemic-related school lockdowns show. Do you think that your e-learning offerings can remain an exciting supplementary tool even with the return to face-to-face teaching?

Röggla: Absolutely. Take the U.S. for example. The e-learning platform edX, developed by Harvard University and MIT, can absolutely compete with face-to-face classes. In 2020, 35 million people worldwide participated in edX courses - they are also an important source of revenue for universities. In the U.S., there are also now publicly traded companies like Coursera, which specialise in online education courses, in 2020 they made$200 million in revenue and had 76 million course participants.

In 2020, however, we also explored new opportunities. Today, because of webinars, I no longer have to travel halfway around the world to communicate South Tyrolean autonomy or participate in interesting events. I can beam well-known speakers to my home office or give a lecture in Munich and Bangkok in one afternoon. To have a Nobel Prize winner such as Joseph Stiglitz coming to the hard-to-reach South Tyrol, would be a bit of a reach to say the least however, Eurac Research was able to win him over for a webinar. This will remain the case even after the Pandemic. Video conferences are also more climate-friendly. According to a study by the German Transport Association, it pays to switch to a virtual meeting if you travel more than five kilometers by car.

The general e-learning course on South Tyrolean autonomy is only available in English, for all those international delegations, have you had any initial feedback from them?

Röggla: In the very first weeks, the English course was visited an average of fifty times a week. It has already been translated into Thai, and in Armenia a university would like to include the course in its teaching program. Armenia and neighbouring Azerbaijan have been fighting over the border region of Nagorno-Karabakh since 1917, with another armed conflict taking place in the summer of 2020.

The German and Italian courses are also attracting interest and not only has Copernicus - the Province training website, included them in its course offerings for provincial employees but many schools have also already integrated them into their lessons.

Do we South Tyroleans know enough about our autonomy?

Röggla: Let me put it this way - we South Tyroleans have gotten used to the fact that we are doing so well. The historical conflict between the language groups has been pacified and South Tyrol is one of the richest regions in Europe. Most South Tyroleans do not have to deal with autonomy on a daily basis and may not even know how many areas of their daily lives it plays into. A little more awareness would not be a bad thing. Autonomy is not a statue, it’s constantly evolving, and we have to treat it with care. And every South Tyrolean should have a say in this. At the Center for Autonomy Experience, we also organise local projects and initiatives for political education on autonomy.

Autonomy is not a statue, it’s constantly evolving, and we have to treat it with care.

In your podcast “The Option in South Tyrol. Voices of Memory” witnesses recall this very specific history. The United Theatre Stage Bozen/Bolzano also participated in the project. How did it come about?

Röggla: The Theatre had already staged two successful option dramas with contemporary witnesses. When I was sitting there in the audience, I thought to myself: Man, all these memories are fleeting. How can we preserve them, at least in part? That's when I first thought about the podcast. I have a bit of experience in this: For two years I have been producing the podcast "Isch gleich" in South Tyrolean dialect with my friend and director of the Natural History Museum, David Gruber, as a hobby, so to speak. I then approached Irene Girkinger and Elisabeth Thaler from the Theatre who had already recorded 60 interviews in preparation for the stage play together with the Institute for Contemporary History in Innsbruck. I didn't have to persuade them for long. In addition to recording the eight German contemporary witnesses, we added two Italian ones. It was important to us to get a different perspective. In the last episode, historians Eva Pfanzelter, Alessandra Zendron and Hannes Obermair have their say and put the whole thing into historical perspective.

The Option podcast is a quick and emotional journey into the past.

Röggla: We deliberately did not edit the recordings. You can tell from the pauses, the voices and the struggle for words that what we call history in retrospect, is made up of many individual fates and, of course, emotions. That is touching at first. This is also the great strength of podcasts; no written text can keep up.

Your podcast is also very successful.

Röggla: Since our target audience is primarily made up pf South Tyroleans, we are very satisfied. Well over 200 interested people registered for the digital presentation alone which meant we first had to extend our Eurac Research Zoom license, which only covered 100 participants. Afterwards, many people who still have grandparents or great-grandparents came forward with exciting stories about the “option” and asked us if we could record them. And because we honestly lacked the money and human resources to do so, we initiated a Citizen Science project on the “option” together with the Institute for Contemporary History and the Office for Film and Media. This means that anyone can record and send in the memories of their loved ones themselves. So far, over 50 Citizen Scientists have signed up and the first interviews have also been received.

Eurac Research has been dealing with South Tyrol autonomy for almost 30 years. Why suddenly this need to translate the rather technical research into a popular "experience" context?

Röggla: I would call it obligation. Our autonomy works, we are a very well-protected minority compared to the rest of the world, and we already have a couple of decades of experience with it. Interest in the subject has grown in recent years, and conflict resolution mechanisms are becoming increasingly important in our multi-layered world. However, you cannot export such autonomy; conflict resolution mechanisms have to adapt to circumstances - First and foremost the work of experts. In South Tyrol and at Eurac Research we have this know-how But I also like to adhere to the words of Sir Mark Walport: Science is not finished until it is communicated. And that is exactly what we do as the Center for Autonomy Experience, we communicate South Tyrol's know-how. It is a form of science diplomacy. Ultimately, South Tyrol also benefits from our activities: The more people - in South Tyrol and outside – who know about autonomy, the more attention it receives. And the more South Tyrol's autonomy is perceived as best practice, the better it is protected.

2020 - present: Director of the Center for Autonomy Experience, Eurac Research
2018 - present: Secretary General of MIDAS, the European Association of Daily Newspapers in Minority and Regional Languages.
2015-2017: Co-coordinator of the South Tyrolean Autonomy Covenant for Eurac Research.
2018 - present: Co-host of the science podcast "Isch-Gleich"
2013 - 2020: Researcher at the Eurac Research Institute for Minority Rights with the research focus - South Tyrolean autonomy and minority media in Europe
2012: Graduated in law at the University of Innsbruck 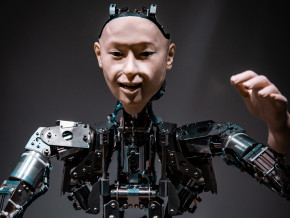 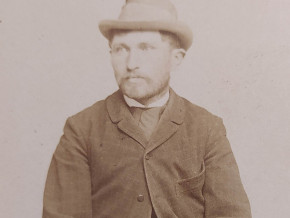 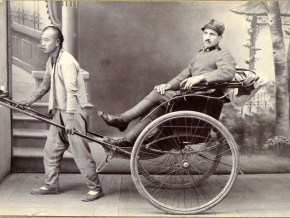 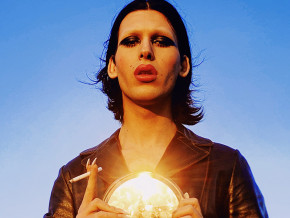